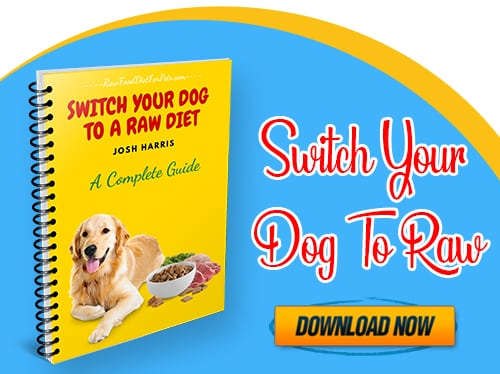 When it comes to feeding your dogs mushrooms, it’s always good to avoid anything you doubt. However, turkey tail mushrooms are among the many mushroom species that are healthy for your dogs. This medicinal mushroom is becoming popular among cancer researchers, and it’s seen as anti-cancer drugs in several countries. Aside from that, there are several other reasons to include turkey tail to your mutt’s diet.

But before we look at the health benefits, let’s first look at what’s turkey tail.

Turkey tail is a species of mushroom that grows all over the world on dead logs. The mushrooms get their name from the colored rings on their surface, making them look like the turkey’s tail. These species of mushroom have researchers and herbalist excited for their many health benefits.

Benefits Of Feeding Turkey Tail To Your Dog

Anti-oxidants are substances that help to reduce the damage resulting from oxidative stress. This stress is caused by an imbalance between unstable molecules (free radicals) and anti-oxidants. As a result, it may cause chronic inflammation and cellular damage. Research has also linked this imbalance to increase the risk of developing other health issues like heart disease and certain cancers.

Turkey tail features an impressive collection of anti-oxidants like flavonoids and phenols. A study has found turkey tail mushroom to contain 35+ phenolic compounds along with flavonoid antioxidants baicalein and quercetin.  These antioxidants promote your dog’s immune system by stimulating the production of protective compounds and reducing inflammation.

The key activities of beta-glucans in your pet’s immune system include:

These three functions make turkey tail mushrooms very powerful can interact with the dog’s immune cells. The beta-D-glucans in them also activate macrophages – the cells responsible for killing bacteria, viruses, and other unhealthy invaders like cancerous cells.

According to a 2012 study, turkey tail mushrooms can help to treat dogs with hemangiosarcoma, vascular cancer mainly affecting the spleen. Hemangiosarcoma is an aggressive type of cancer with a high metastasis rate, resulting in a poor prognosis in dogs even when the spleen is removed. As a result, the median survival rate for dogs affected is between 18-86 days.  Moreover, only less than 10% of dogs survive for more than a year.

During the study, dogs diagnosed with hemangiosarcoma were administered PSP extracted from turkey tail mushrooms with no concurrent treatments. The results revealed that dogs administered with the PSP had a longer period before metastasis and the survival times increased depending on the dose. PSP has also been approved for treating cancer in China and Japan.

Turkey tail mushrooms contain a high level of mycelium, which helps your dog to have a smoother digestion process. The mushrooms also contain prebiotics that supports the growth of gut microbiome.

That means it boosts the growth of good bacteria in your dog’s body, such as Bifidobacterium and acidophilus. These bacteria are also highly beneficial to both pets and humans with the leaky gut syndrome. It can also help your dog lose weight and treat urinary tract problems in pets.

For centuries, turkey tail mushroom has been known to kill any infection, including common flu or cold. It boosts your dog’s immune system to become highly resilient against disease-causing germs and viruses. As such, you’ll want to supplement your dog’s diet with turkey tail when the flu season approaches. 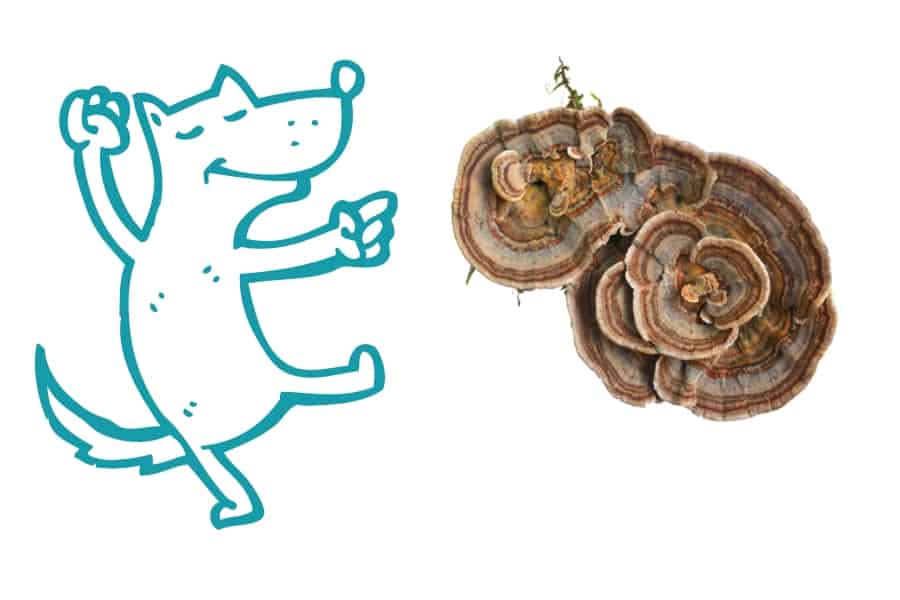 In its natural form, turkey tail is edible but rather chewy. As such, it can be found in different forms to make it easy to administer to your dogs. You’ll also find it combined with other types of mushrooms as supplement available in the local vitamin store or online. However, you need to make sure the product you’re buying is organic to avoid any toxin that may be present in the soil.

Here are different types of turkey tail mushroom supplement to buy for your dog:

Mycelium is the mushroom’s root and not the whole fruiting body. Its mainly grown in grains and it’s popularly known as “full spectrum” mushrooms. However, it usually has a lower level of beta-D-glucans, normally containing 5-7% of beta-glucans.

This product is obtained by drying the entire mushroom and grinding it to powder form. However, raw, ground mushrooms can cause liver irritation. That means you should never feed your dog with raw mushrooms.

Most studies involving turkey tail mushroom are done using a hot water extract. In fact, traditional Chinese medicines involving mushrooms have been prepared this way since the 15th century. That’s because the mushroom’s cell wall is indigestible for both humans and dogs. Nonetheless, the hot water extracts the medicinal ingredients from the mushroom and makes it safer to eat.

If you can’t afford or can’t source the actual mushrooms, a good option is to get tail mushroom supplements. Here are two of the best on the market:

How To Give Turkey Tail Mushrooms To Your Dog

Ideally, you should feed mushroom to your dog between meals. However, your mutt may refuse to take them as they normally have a bitter taste. In this case, you’ll want to consider mixing them with some bone broth or other tasty homemade treats.

If the dog still doesn’t like the taste, consider supplementing the dog’s raw food diet with the mushroom. The dog will still get the same health benefits, but make sure the mushrooms are cooked to avoid liver issues.

As a start, it’s best to go with the mushroom extract or powder for easy administration. Try mixing a teaspoon or two to the dog’s food twice daily and increase the dose gradually depending on your dog’s size and health condition.

How To Switch Your Dog To A Raw Diet

This site uses Akismet to reduce spam. Learn how your comment data is processed. 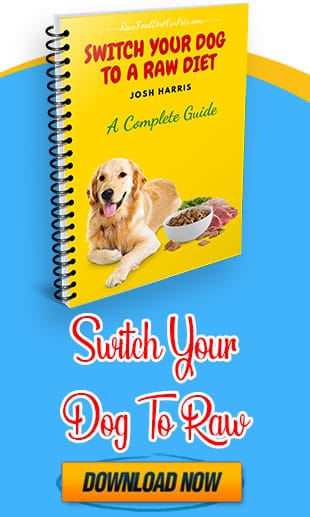 7 Reasons Why Your Pet Eats Their Poop and How To...

Can I Feed My Dog Cooked Chicken Thighs?

8 Reasons Why Switching To A Raw Food Diet Is Better...

What Types Of Dogs is the Raw Food Diet Recommended For? 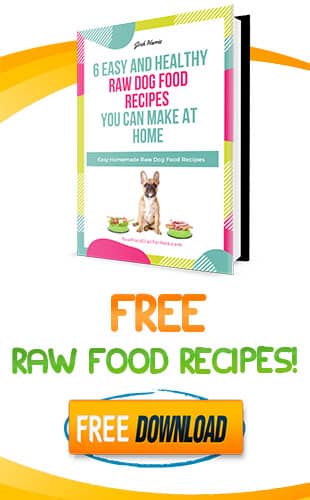 RawFoodDietForPets.com.com is a participant in the Amazon Services LLC Associates Program, an affiliate advertising program designed to provide a means for sites to earn advertising fees by advertising and linking to amazon.com and affiliated websites.

ABOUT ME
RawFoodDietForPets is a source of information, tips and tricks for introducing and maintining a raw food diet with your dog or other pet.
Contact me: [email protected]
FOLLOW US
© Copyright 2020 - RawFoodDietForPets.com